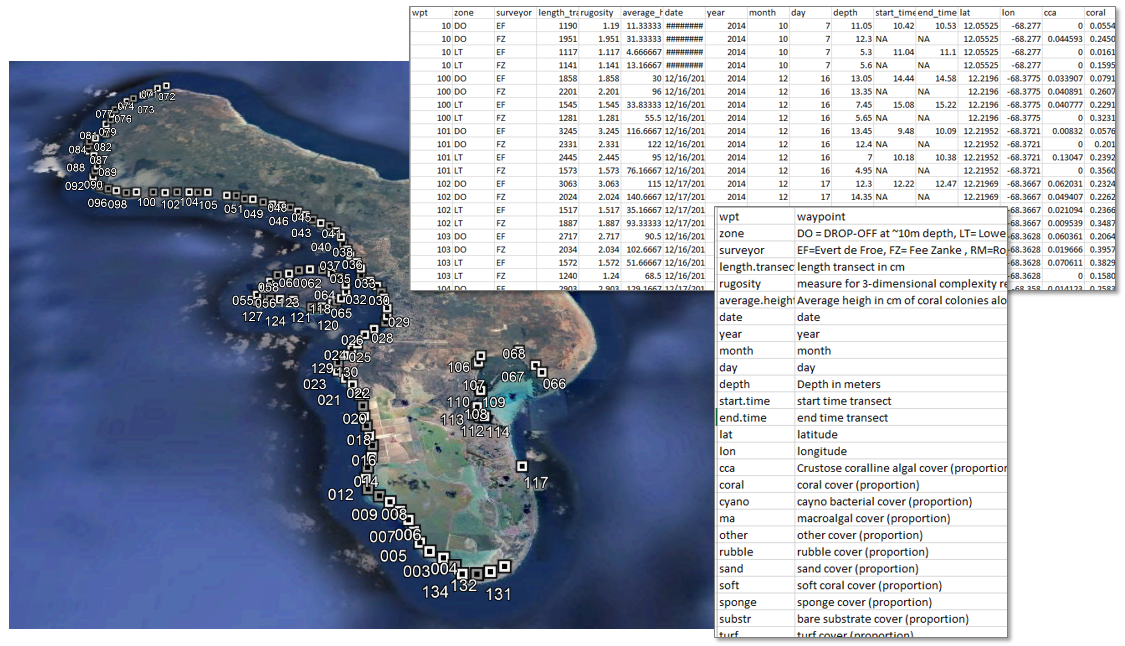 Virtually all marine conservation planning and management models in place or proposed have in common the need for improved scientific rigour in identifying and characterising the marine habitats encompassed. An emerging central theme in the last few years has been the concept of representativeness, or representative systems of Marine Protected Areas (MPAs). The habitat classification and mapping needed to incorporate considerations of representativeness into MPA planning must logically be carried out at the same scale at which management occurs. Management of highly protected areas occurs almost exclusively at local scales or finer, independent of the reservation model or philosophy employed.

Moreton Bay, on Australia’s east coast, was selected for studies at the local scale to map and classify macrobenthic habitats. In a site scale (1 km) trial for the major habitat classification study, remote underwater videography was used to map and characterise an unusual assemblage of epibenthic invertebrates on soft sediments. The assemblage included congregations of the comatulid crinoid Zygometra cf. Z. microdiscus (Bell) at densities up to 0.88 individuals.m-2, comparable to those found in coral reef habitats. There was no correlation between the distribution of this species and commonly used abiotic surrogates depth (6 – 18 m), sediment composition and residual current. This site scale trial is the first quantitative assessment of crinoid density and distribution in shallow water soft-sediment environments. The high densities found are significant in terms of the generally accepted picture of shallow-water crinoids as essentially reefal fauna. The findings highlight the conservation benefits of an inclusive approach to marine habitat survey and mapping. Assemblages such as the one described, although they may be of scientific and ecological significance, would have been overlooked by common approaches to marine conservation planning which emphasise highly productive or aesthetically appealing habitats.

Most habitat mapping studies rely solely or in part on abiotic surrogates for patterns of biodiversity. The utility of abiotic variables in predicting biological distributions at the local scale (10 km) was tested. Habitat classifications of the same set of 41 sites based on 6 abiotic variables and abundances of 89 taxa and bioturbation indicators were compared using correlation, regression and ordination analyses. The concepts of false homogeneity and false heterogeneity were defined to describe types of errors associated with using abiotic surrogates to construct habitat maps. The best prediction by abiotic surrogates explained less than 30% of the pattern of biological similarity. Errors of false homogeneity were between 20 and 62%, depending on the methods of estimation. Predictive capability of abiotic surrogates at the taxon level was poor, with only 6% of taxon / surrogate correlations significant. These results have implications for the widespread use of abiotic surrogates in marine habitat mapping to plan for, or assess, representation in Marine Protected Areas. Abiotic factors did not discriminate sufficiently between different soft bottom communities to be a reliable basis for mapping.

Habitat mapping for the design of Marine Protected Areas is critically affected by the scale of the source information. The relationship between biological similarity of macrobenthos and the distance between sites was investigated at both site and local scales, and for separate biotic groups. There was a significant negative correlation between similarity and distance, in that sites further apart were less similar than sites close together. The relationship, although significant, was quite weak at the site scale.

Rank correlograms showed that similarity was high at scales of 10 km or less, and declined markedly with increasing distance. There was evidence of patchiness in the distributions of some biotic groups, especially seagrass and anthozoans, at scales less than 16 km. In other biotic groups there was an essentially monotonic decline in similarity with distance. The spatial agglomeration approach to habitat mapping was valid in the study area. Site spacing of less than 10 km was necessary to capture important components of biological similarity. Site spacing of less than 2.5 km did not appear to be warranted.

Macrobenthic habitat types were classified and mapped at 78 sites spaced 5 km apart. The area mapped was about 2,400 km2 and extended from estuarine shallow subtidal waters to offshore areas to the 50 m isobath. Nine habitat types were recognised, with only one on hard substrate. The habitat mapping characterised several habitat types not previously described in the area and located deepwater algal and soft coral reefs not previously reported. Seagrass beds were encountered in several locations where their occurrence was either unknown or had not previously been quantified. The representation of the derived habitat types within an existing marine protected area was assessed. Only two habitat types were represented in highly protected zones, with less than 3% of each included The study represents the most spatially comprehensive survey of epibenthos undertaken in Moreton Bay, with over 40,000 m2 surveyed. Derived habitat maps provide a robust basis for inclusion of representative examples of all habitat types in marine protected area planning in and adjacent to Moreton Bay. The utility of video data to conduct a low-cost habitat survey over a comparatively large area was also demonstrated. The method used has potentially wide application for the survey and design of marine protected areas.