In a new study, researchers from the non-profit research institute Beneath the Waves (BTW) documented and revealed alarmingly high levels of 12 heavy metals, including mercury, in the muscle tissues of large reef and tiger sharks sampled throughout The Bahamas. Published in Scientific Reports, the new findings carry important implications for human health in the Greater Caribbean region, where sharks are occasionally consumed by humans, even though strictly prohibited around several island such as in the Yarari Sanctuary (Bonaire, Saba, St. Eustatius) and around St. Maarten. 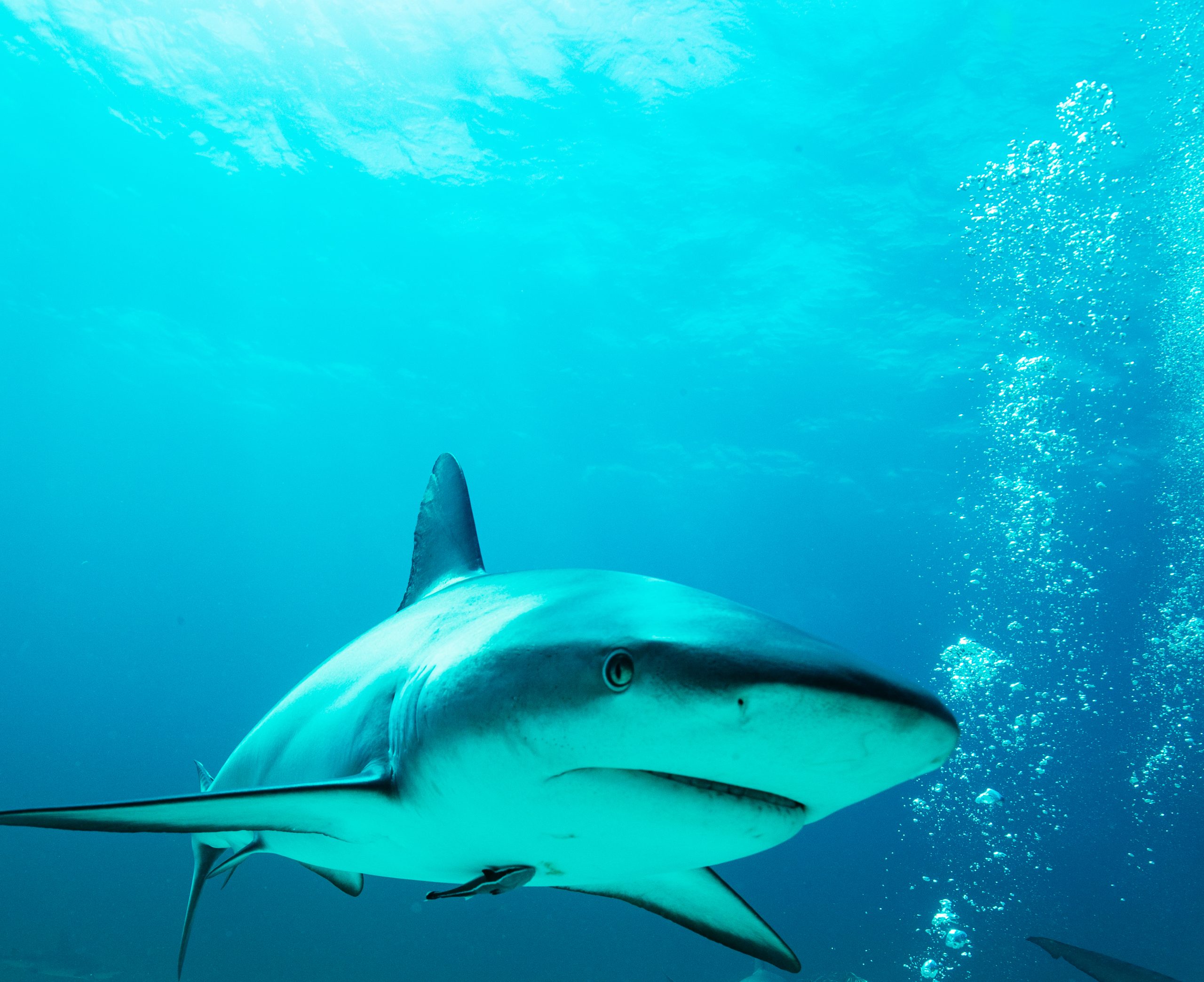 Over the last century, human activities have rapidly accelerated the influx of metals and metalloids entering the marine environment, posing potential risks to biodiversity and food security. Evaluating muscle tissues of 36 individual sharks from six species, the results from this study provide the first account of metal concentrations in sharks sampled in The Bahamas, a relatively pristine marine ecosystem where sharks live risk-free in a large marine protected area. Sharks are not commonly consumed by humans in The Bahamas.

As apex predators, sharks naturally bioaccumulate toxins in their bodies from eating other species of fish. While the impacts on shark health remain unknown, the concentrations of metals quantified as present in the study were determined to exceed the levels that are considered toxic for human consumption. The study also found that reef sharks, the more resident species, had higher mercury levels than tiger sharks, and that reef sharks’ mercury levels increased as they matured and grew larger.

Understanding how sharks are affected by humans is critical for ongoing conservation efforts of these ecologically and economically important species,” says Dr. Oliver Shipley, the study’s lead author, Research Associate at Beneath the Waves and postdoctoral researcher at The University of New Mexico. “Working in areas such as The Bahamas where shark abundance is relatively stable and healthy due to effective long-term protection, is important for us to be able to establish these baseline studies. If the levels are high in The Bahamas, imagine what they could be in other parts of the world where sustainability and environmental conservation are not a priority.

“This work underscores the benefits of the Bahamas shark sanctuary for conducting important baseline studies on the health of our marine resources,” says Eric Carey, Executive Director of Bahamas National Trust.  “It also highlights the need for sustained conservation efforts of sharks regionally, which are important to the Bahamian economy and reef health,” he added.

While the researchers in the study identified the need for future studies to understand the pathways for how these metals ultimately enter into the marine food web, the human health risks of ingesting heavy metals by consuming Caribbean sharks species are clear.

“Shark fisheries are not very prevalent in most of the Greater Caribbean region, but eating sharks can be culturally important to some nations,” says study co-author Dr. Austin Gallagher, Chief Scientist at Beneath the Waves and co-founder of The Caribbean Shark Coalition. “Yet with a strong demand for shark products worldwide, this is another piece of evidence to steer people away from consuming sharks,” he adds.

“Humans and oceans are intricately connected, and this work highlights the notion that science can and should guide decisions that improve ocean and human health.” 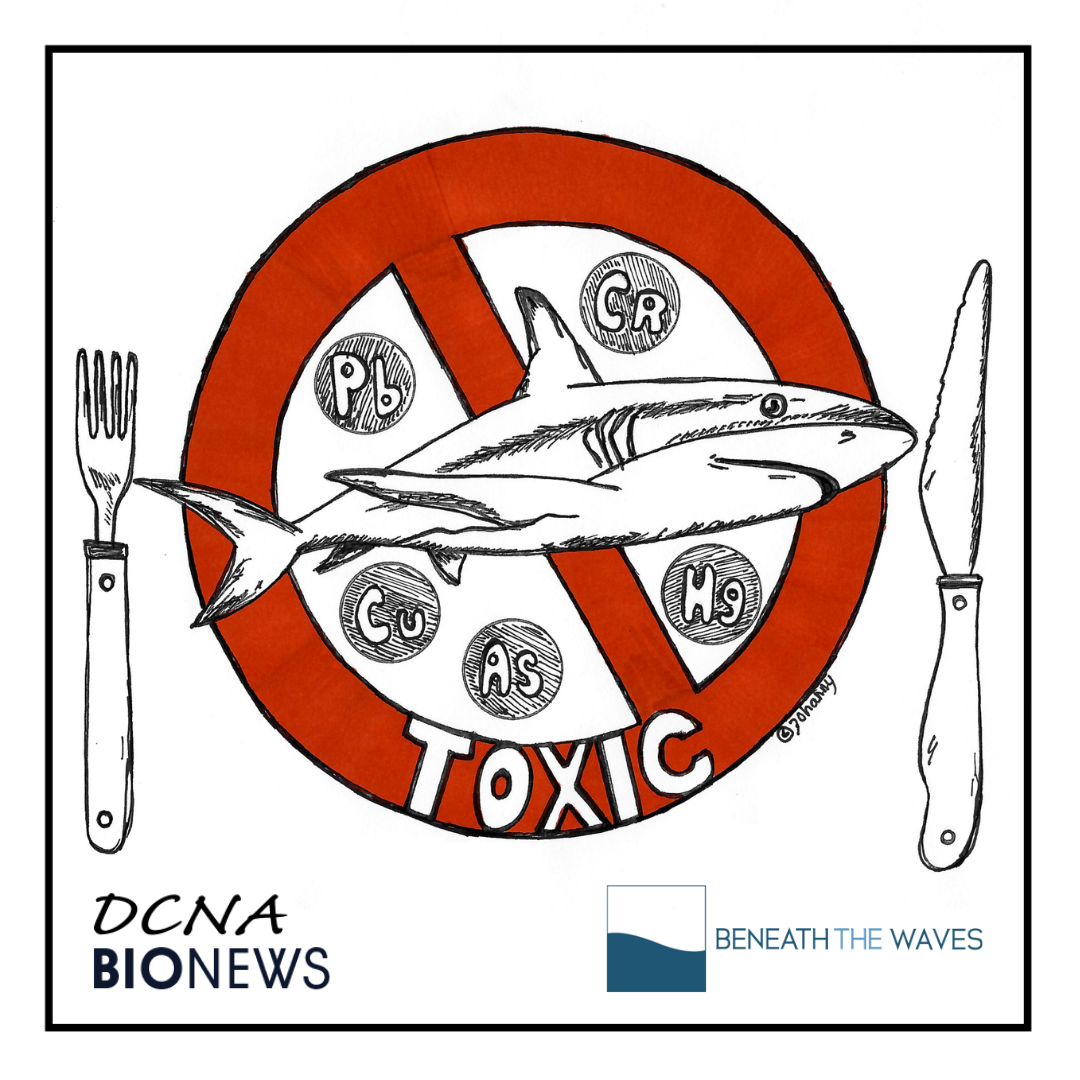 About Beneath the Waves

Founded in 2013, Beneath the Waves is an ocean NGO using cutting-edge science to advance scientific discovery and catalyze ocean policy, with a focus on threatened species and marine protected areas.