A free iPhone/iPad/iPod touch application, provides tools to identify and record information about virtually all species of shallow-living marine shore-fishes from the Greater Caribbean (1,600 species from 169 families). To aid in the identification of those species, the app incorporates over 5,500 images, most of them color photographs of live or freshly collected fish. To collect specimens for this initiative, several field work surveys were conducted since 2005, in the coastal and insular waters of the USA (Florida to Texas), Bahamas, Panamá, Curacao, and Venezuela, some of them specially oriented toward locations that were not previously adequately sampled due to logistical complexities of access. During these surveys particular attention was placed on the collection of cryptic, hence poorly known, species. Additionally, collection records from many online (museums and universities) and individual databases, as well as the information provided by the scientific literature were incorporated into the system to enhance geography coverage for each species. Together those produced a database of almost 800,000 occurrence records that were used to construct the species range-maps. A notebook module allows constructing and storing lists of species, together with data relating to the list itself and each member of a list, to organize those lists in folders, and to export them by email. 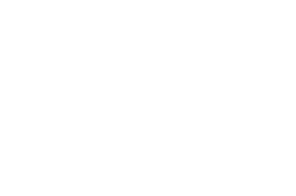 In 2005, the Smithsonian Tropical Research Institute sponsored a collecting trip to Curaçao and Klien Curaçao , as part of a grant to Ross Robertson, to document the fishes of the greater Caribbean region. The Curaçao Sea Aquarium provided support and accommodations for the research team. Collections were made at 29 stations between 2 January and 13 January 2005. Most of the collections were made using rotenone, which is the only effective method of collecting cryptic fishes. A total of 6,114 specimens of 119 taxa were collected. Along with those documented by Metzelaar (1919), FishBase, and several web-based museum collections, we present our findings from Curaçao to document a preliminary list of fishes from that region.

Biodiversity surveys were conducted on Saba Bank, Netherlands Antilles, to assess ichthyofaunal richness and to compare with published surveys of other Caribbean localities. The primary objective was to estimate the total species richness of the Saba Bank ichthyofauna. A variety of sampling techniques was utilized to survey the fish species of both the visually accessible megafauna and the camouflaged and small-sized species comprising the cryptic ichthyofauna. Based on results presented herein, the number of species known on Saba Bank is increased from 42 previously known species to 270 species. Expected species-accumulation curves demonstrate that the current estimate of species richness of fishes for Saba Bank under represents the actual richness, and our knowledge of the ichthyofauna has not plateaued. The total expected fish species richness may be somewhere between 320 and 411 species. The Saba Bank ichthyofaunal assemblage is compared to fish assemblages found elsewhere in the Caribbean. Despite the absence of shallow or emergent shore habitats like mangroves, Saba Bank ranks as having the eighth highest ichthyofaunal richness of surveyed localities in the Greater Caribbean. Some degree of habitat heterogeneity was evident. Fore-reef, patch-reef, and lagoonal habitats were sampled. Fish assemblages were significantly different between habitats. Species richness was highest on the fore reef, but 11 species were found only at lagoonal sites. A comprehensive, annotated list of the fishes currently known to occur on Saba Bank, Netherland Antilles, is provided and color photographs of freshly collected specimens are presented for 165 of the listed species of Saba Bank fishes to facilitate identification and taxonomic comparison with similar taxa at other localities. Coloration of some species is shown for the first time. Preliminary analysis indicates that at least six undescribed new species were collected during the survey and these are indicated in the annotated list.