The direct and indirect impacts of the increase in human population, in particular the growing demand for food, as well as various aspects of climate change pose threats to the abundance of parrotfishes (Scarinae), the main coral reef grazers. One way to reduce fishing is by forming marine protected area (MPA). MPAs tend to increase the abundance of marine fish. Well-managed MPA, with effective protection from fishing, could also benefit sex-changing fish populations. The objectives of this research are to assess effects of MPAs on parrotfish abundance and biomass and how do parrotfish abundance and size in the different life phases differ between sites within MPAs and outside MPAs. Fish surveys were conducted in eight Caribbean countries (Antigua, Bonaire, Barbados, Curaçao, Dominican Republic, Jamaica, St. Lucia and St. Vincent and Grenadines (SVG)) using an underwater visual census technique. The differences between parrotfish density and size within and outside MPAs were assessed. Mean parrotfish numerical density was slightly higher at MPA sites than at non-MPA sites but this was not significant. A significant difference was found between parrotfish biomass within and without the MPAs. The abundance biomass comparison (ABC) results showed that out of 33 MPA sites, 79% had a positive index and 21% a negative W-index value. In contrast, only 49% of non-MPA sites surveyed had a positive W-index. Sites within an MPA generally had higher mean parrotfish sizes than those outside the MPA, except for the juvenile phase. The present results reinforce the belief that parrotfish abundance and biomass, which where depleted by fishing, can be increased through applying significant levels of protection. However further research is needed on the effectiveness and duration of protection which are necessary to produce desired levels of improvement in parrotfish abundance, biomass and size.

1. There has been ongoing flattening of Caribbean coral reefs with the loss of habitat having severe implications for these systems. Complexity and its structural components are important to fish species richness and community composition, but little is known about its role for other taxa or species-specific responses. 2. This study reveals the importance of reef habitat complexity and structural components to different taxa of macrofauna, total species richness, and individual coral and fish species in the Caribbean. 3. Species presence and richness of different taxa were visually quantified in one hundred 25-m2 plots in three marine reserves in the Caribbean. Sampling was evenly distributed across five levels of visually estimated reef complexity, with five structural components also recorded: the number of corals, number of large corals, slope angle, maximum sponge and maximum octocoral height. Taking advantage of natural heterogeneity in structural complexity within a particular coral reef habitat (Orbicella reefs) and discrete environmental envelope, thus minimizing other sources of variability, the relative importance of reef complexity and structural components was quantified for different taxa and individual fish and coral species on Caribbean coral reefs using boosted regression trees (BRTs). 4. Boosted regression tree models performed very well when explaining variability in total (823%), coral (806%) and fish species richness (773%), for which the greatest declines in richness occurred below intermediate reef complexity levels. Complexity accounted for very little of the variability in octocorals, sponges, arthropods, annelids or anemones. BRTs revealed species-specific variability and importance for reef complexity and structural components. Coral and fish species occupancy generally declined at low complexity levels, with the exception of two coral species (Pseudodiploria strigosa and Porites divaricata) and four fish species (Halichoeres bivittatus, H. maculipinna, Malacoctenus triangulatus and Stegastes partitus) more common at lower reef complexity levels. A significant interaction between country and reef complexity revealed a non-additive decline in species richness in areas of low complexity and the reserve in Puerto Rico. 5. Flattening of Caribbean coral reefs will result in substantial species losses, with few winners. Individual structural components have considerable value to different species, and their loss may have profound impacts on population responses of coral and fish due to identity effects of key species, which underpin population richness and resilience and may affect essential ecosystem processes and services. 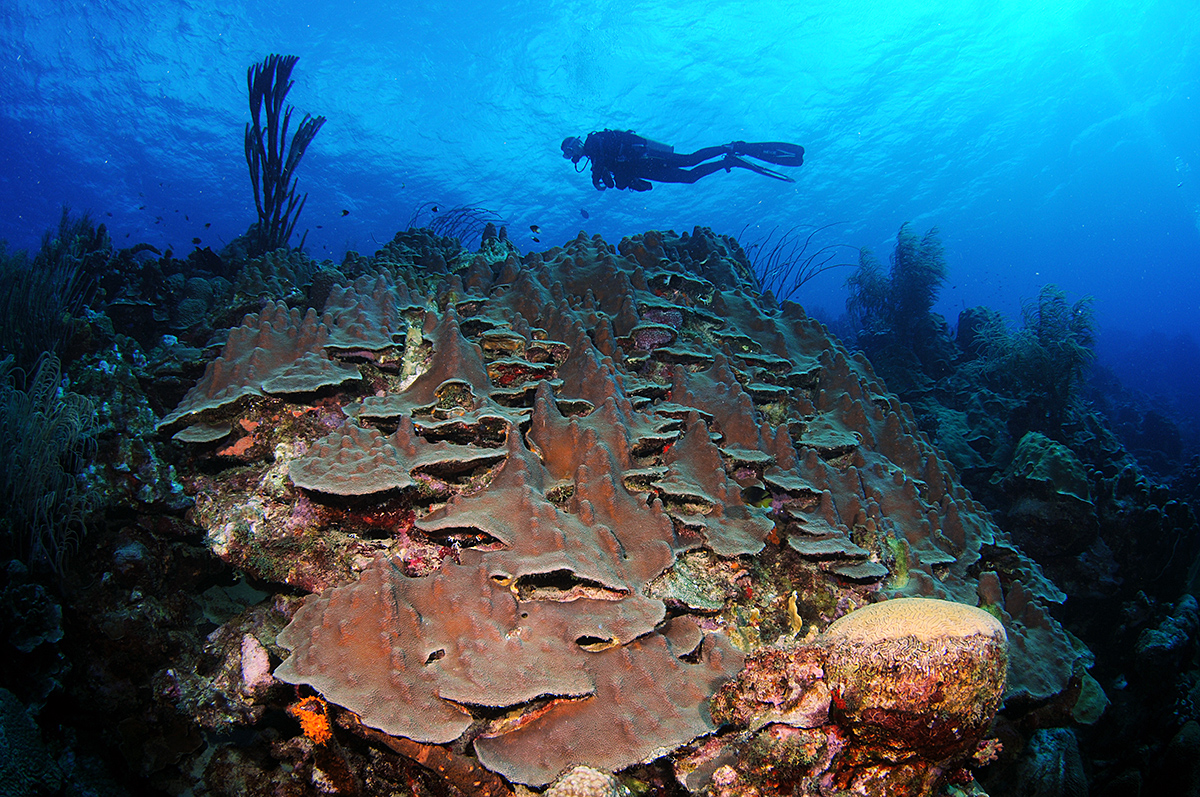