Mass coral bleaching is becoming more frequent and widespread and poses a major threat to coral reefs worldwide. Mass coral bleaching is a response to thermal stress triggered by high Sea Surface Temperatures (SSTs) or ultraviolet radiation attributed to changing regional and global climate patterns. Since 2016, STINAPA Bonaire has surveyed the severity of coral bleaching in the Bonaire National Marine Park at 10 sites on the leeward coast. Each year, corals exhibited signs of thermal stress including paling, partial bleaching, and fully bleaching, but no mortality. Since 2016, the year with the lowest percentage of corals affected was 2018 (9%) and the year with the highest percent of corals affected was 2020 (61%). Corals deeper in the water column were more susceptible to thermal stress in all years, but susceptibility trends by site were not consistent throughout the study. While addressing the global-scale causes of coral bleaching is daunting, STINAPA Bonaire monitors the severity of coral bleaching and helps develop local management strategies that may improve the resistance and resilience of coral reefs in the Bonaire National Marine Park to climate change. 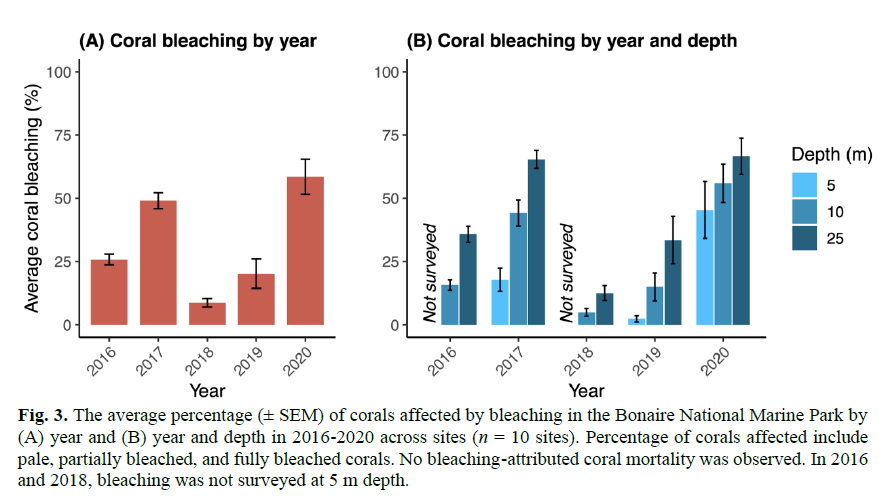