Even though there are very many scattered seabird sighting records for the pelagic waters of the wider Caribbean Sea, only few studies bring these data together to generate a more comprehensive understanding of seabird use of the offshore areas of the region. The same is the case for the Dutch Caribbean EEZ which amounts to about 92 thousand km2 of the Caribbean Sea. As a consequence, information on seabird use of offshore waters has been identified as a key knowledge gap and research priority for both EEZ conservation and management purposes (Jongman et al. 2010, Meesters et al. 2010) and in support of a Bonaire-Curacao UNESCO World Heritage nomination that has been a Bonaire government ambition since 2003 (Debrot et al. 2017).

In this project we followed up on these information needs by compiling many older but as-yet unpublished seabird records around the Dutch Caribbean islands, the eastern Caribbean as well as many poorly accessible seabird records for the waters off the coasts of Colombia and Venezuela. The most important additions of previously unavailable or new records for the eastern Caribbean were as follows: 1824 records by Poppe (1974), 627 by Halewijn (1972), 443 recent records by M. de Boer and J. Saulino (2014) all principally for the waters of the Dutch Caribbean, 547 records from Casler and Lira (1979) and Casler and Pirela (2004) for the northwestern sector of Venezuela and 249 records by Naranjo (1979) and Estela et al. (2004) for the Caribbean coast of Colombia. These were subsequently merged with several smaller and larger sources of seabird sighting records to yield a current total compilation of 150,372 sighting records with either exact or approximate position determinations.

The database provides temporal and positional occurrence information for 65 nominate species and 13 larger familial or generic species groups in the Caribbean basin. As such, it provides a major new opportunity for the WUR to study and publish on various aspects of seabird distribution in the coming years. The potential topics include: 1) the community composition of the pelagic seabirds of the Caribbean in comparison with the community structure of other pelagic seabird communities, 2) how different habitat features (such as upwelling areas, proximity of nesting and/or roosting areas) are used by different species, 3) the identification of temporal trends in seabird species distribution and abundance, 4) identification of areas deserving conservation and management priority, either around seabird colonies or at the high seas. 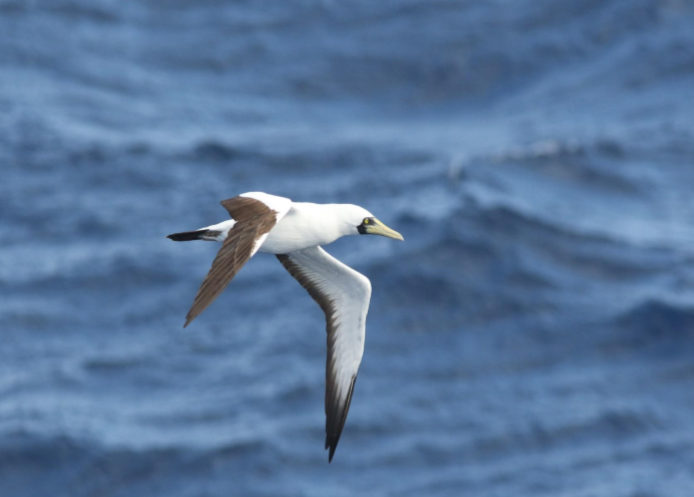