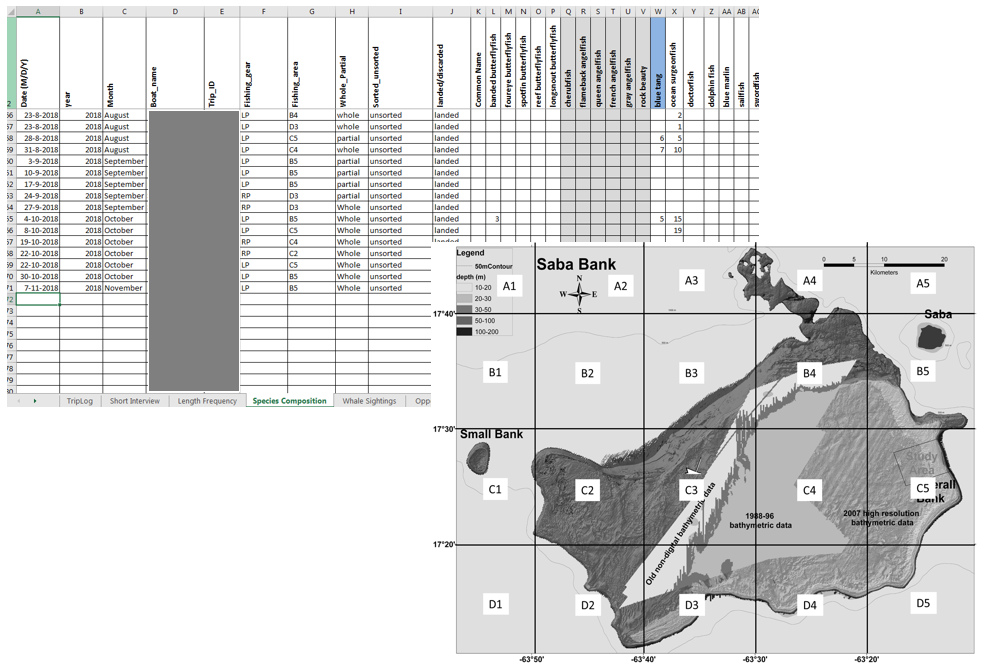 During a recent reef coral survey at the submarine Saba Bank (Eastern Caribbean), an uncommon and diverse assemblage of unattached scleractinian corals (coralliths) was encountered, which has not been reported from the Atlantic before. Four different types of these free-living (unattached) corals were distinguished. They were observed on a relatively flat seafloor (15–20 m deep) with poor coral cover and full exposure to oceanic swell. Much of the substratum was not consolidated and consisted mainly of sand and fragments of branching coralline algae. One of the four types is the (1) anthocyathus stage in the life history of the free-living species Manicina areolata and Meandrina danae. The other three are coralliths formed as ecophenotypic varieties: (2) spheroidal–amoeboidal (= globular and (sub)massive) in Porites astreoides, Siderastrea radians, S. siderea, and Stephanocoenia intersepta; (3) tumbleweed-like (= globular and ramose) in Porites divaricata and P. furcata; and (4) discoidal (flat and circular with short branches) in Madracis decactis and possibly in M. cf. auretenra. This assemblage of free-living corals is likely related to a combination of abiotic factors consisting of wave exposure (swell), depths that waves can reach, a horizontal sea floor with little relief, an unconsolidated substratum, and low coral cover.